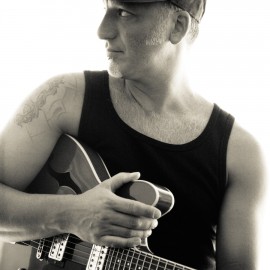 As a musician he performed on venues and festivals all around the world, sharing the stage with such a big artists as Ruben Blades, Asian Dub Foundation, Cypress Hill, El Gran Combo de Puerto Rico, Enrique Bumbury and Goran Bregovich, among many others. He collaborated with amazing musicians like David Byrne, Lenine, Ojos de Brujo, Macaco, King Changó and Jarabe de Palo.

He composed and produced music for Theater and Dance Companies, being awarded several times; and also for TV and Films, such as the Film Amnesia (Colorado Film, 2002), from the Oscar-Winner director Gabriele Salvatores.